Formed in 1993, NAMSDL began as the President’s Commission on Model State Drug Laws. This congressionally-established commission was charged with creating a model code of laws to help states effectively address alcohol and other drug abuse.

The commission was strictly bipartisan: 12 Republicans and 12 Democrats from across the nation. All state and local leaders and the commissioners came from all walks of life, each possessing expertise in some aspect of the alcohol and other substance abuse problem. They included an urban mayor, a superior court judge, state legislators, a child advocate, a housing specialist, attorneys general, police chiefs, treatment providers, district attorneys and private practice lawyers.

The commissioners were a diverse group who, at first, had seemingly little in common except their appointment to the commission. But that diversity proved to be a strength, not a weakness. Their task, as noted by Vice Chair of NAMSDL, Ralph Brown was, “To talk to people on the front lines of the alcohol and other substance abuse problem and talk to those who have done some of the next thinking on the subject and then to cull and collect good ideas and programs and distill these ideas and experiences into model drug laws.”

The commissioners held five public hearings (Detroit, Philadelphia, San Diego, Tampa and Washington, D.C.) and several working sessions to draft legislative proposals. They conducted site visits to three alcohol and other drug treatment programs and listened to and met with hundreds of individuals, agencies and groups.

Individual commissioners learned from one another, while misperceptions and differences gave way to understanding and consensus. From this new understanding came 44 model laws and policies, which offer a comprehensive continuum of responses and services to fully address alcohol, tobacco and other substance abuse problems. Tough sanctions punish those persons who refuse to abide by the law. Equally important, the sanctions are designed to be constructive, promote prevention and attempt to leverage alcohol and other substance abusers into treatment. The 44 legislative remedies are in a final report, comprised of five volumes and an executive summary:

In December 1993, the commissioners submitted their model laws to the National Governors Association, the National Conference of State Legislatures, Attorney General Janet Reno and Dr. Lee Brown, then Director of the Office of National Drug Control Policy. President Clinton distributed the final report and the accompanying Rutgers University Study “Socioeconomic Evaluation of Addictions Treatment” to state and local leaders early the following year.

NAMSDL empowers states by identifying and creating the most comprehensive, integrative and effective model laws, policies and protocols in the areas of drug and alcohol prevention, intervention, treatment, recovery support, overdose abatement and criminal justice.

To strengthen the role of state laws, policies and protocols aimed at reducing substance use disorders in our nation's families and communities. 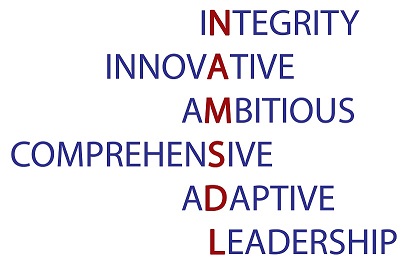 This website is funded in part through a cooperative agreement from the Bureau of Justice Assistance, Office of Justice Programs, U.S. Department of Justice and a grant from the Office of National Drug Control Policy. No federal instrumentality, including the Office of Drug Control Policy, the U.S. Department of Justice or its components, operate, control, are responsible for or necessarily endorse this website (including, without limitation, its content, technical infrastructure, policies and any services or tools provided).